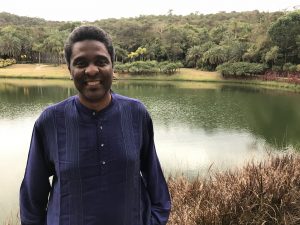 Cooperative games, such as X Spring, mobilize dozens of teenagers in behalf of the environment and local community issues.

“Who is displeased and thinks that we deserve a better world?” Beginning with this question, the speaker Edgard Gouveia Júnior has managed to gather researchers and artists from several places in the world, supporting each other, as if they were children, putting their feet, their hands and using even their heads to touch completely unknown people. Based on this play performed on the 4th Educational International Seminar of Inhotim, which has taken place last week, he showed the audience, how he has, in a ludic way, mobilized children, young ones and adults with games whose goals are to promote true revolutions in the communities.

For you to have an idea, on this weekend, about 50 thousand teenagers between ages 11 and 15 might participate of “X Spring”, a national scavenger hunt which aims, in two days (22 and 23/09), to perform joint efforts for restoration of headwaters, silt removal from rivers and ponds, weirs and lakes depollution and beaches clean-up. It all started in V National Infant and Youths Environment Conference (CNJMA), that took place in June with the participation of more than 10 thousand schools from 25 states. By means of a website that works as a game, the participants were given missions at each week, since the beginning of August. Some of these were the formation of a team or clan, the assignment of the headwaters and what it will be done until a campaign to advertise the joint effort, which aims to reach and mobilize more people beyond the initial group.
Edgar explains that cooperative games arose from the goal of reviewing competitive features of conventional games. The idea is to play to overcome challenges and not other people.
“I took part in my first scavenger hunt when I was 12. I went to Paraty and there we were challenged to bring a real and pink elephant within 3 hours. And isn’t true that they get two elephants? One of them was gray. One of the groups, though, besides getting the elephant, painted it pink. Since then, I have been asking myself how it was possible to mobilize people with missions that seem impossible.”

Co-creator of, at least, four cooperative games – Oasis, Warriors Without Weapons, Play the Call and X Journey – Edgar, who is post graduated in cooperative games, sees in games a social mobilization way. He is graduated in Architecture, and today, he is one of the organization members who offers collaborative solutions for different contexts through consulting, talks and workshops, such as the Cooperation Project, the LiveLab (which supports X Spring alongside the Ministry of Environment and the National Water Agency) and the Epic Journey.

“For us, adults, changing the world is a sacrifice. For children, for the new generation, it can’t be like that.”

Edgard argues that the success of a cooperative game is based on these principles “Free, Fast, Fun and Fabulous”.

The task can be difficult, but it has to be extraordinary, with a fast execution, funny, – it is not fair to call a friend for something boring – and designed in such a way that people do not need to put their hands in their pockets. By doing so, they get everything, groceries and painting donations. The circus owner lends even the elephant.” 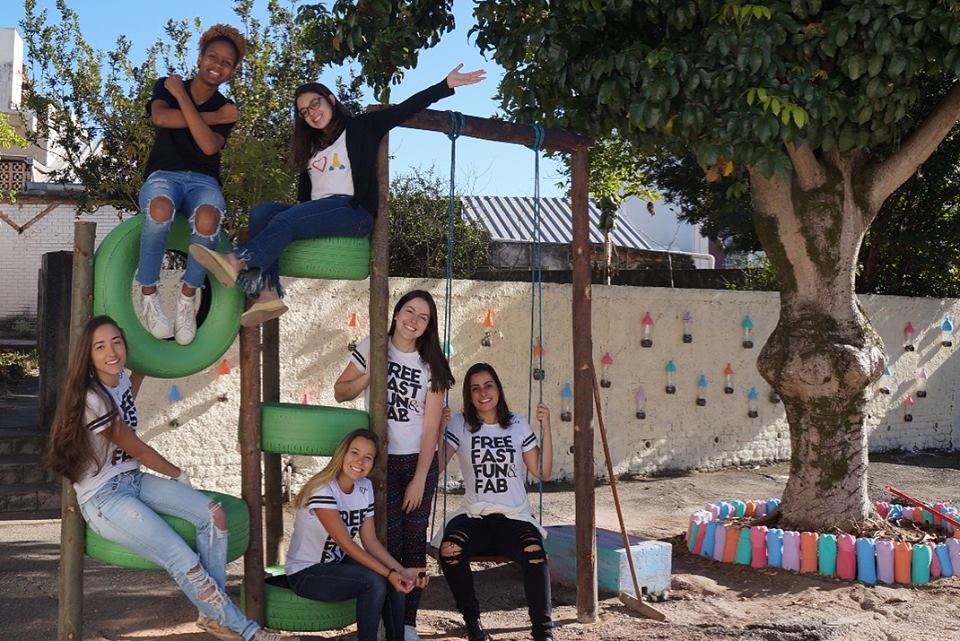 Through Smartphones apps and social networks, they use technology to promote social impact.
“Your mobile gives you much more power than 007 had, at least until the 1980s. And you still use it to take a selfie, take a picture of a food plate”, jokes Edgard. “But it is also possible to change the world”, he adds.
That’s how young ones, just like 14-year-old Camilly Vitória de Souza Santos, from Pernambuco, see themselves motivated to become social leaders and entrepreneurs. Together with her clan, she will take care of “Water Eye Lagoon”, which is located in Jaboatão dos Guararapes, it has 500 hectares of reflecting pool, but it has been affected by trash, sewage, and native animals slaughter.
“I participated in the National Conference and I returned so excited about doing something, to put in practice those discussions. Everything got easier with X Spring because we just follow game steps. One of the first missions was to form the clan. I gathered 30 friends from my school and asked my teachers to help out. By the end of the week, we will decide the specific actions, but the idea is beyond the collection of solid waste, spreading awareness signs out around the Lagoon, and starting forestation. And we won’t stop there. I want to do a schedule of the actions for 2018 and 2019”. 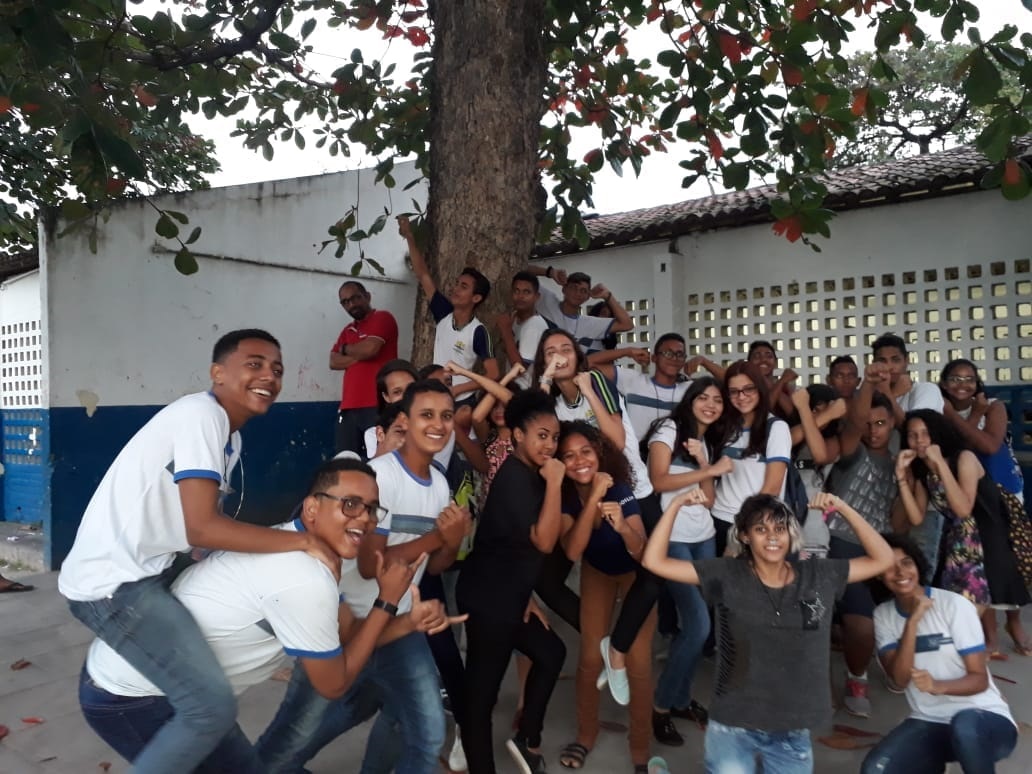 Nova Iguaçu resident, the student João Emanuel de Souza Ribeiro, 15 years old, leads a clan that will take care of São Pedro river. He tells us that he talks to students for all over the country by WhatsApp in order to exchange ideas about how to perform the missions. This way, these young ones bombarded the social media accounts of actors such as Camila Queiroz and Marcos Palmeira, asking them to promote the X Spring, and to attract more volunteers.
“I had already participated in cooperative games, but none of these had that much impact. This is the best game I have ever played”,says John, who explains why they chose São Pedro River: “The river has had its importance, since 1500,because the Portuguese fetched water from it. Today it supplies 60% of population of four cities from Baixada Fluminense. Many tourists go there to swim. They leave a lot of garbage behind. Let’s collect this and plant specific seedlings from the Atlantic Forest, returning the ciliary forest to the bank of this river. And the third idea is to jump into the water and enjoy the river, which is also ours.
But not only environmental causes mobilize the young ones who attend cooperative games. Letícia alves, architecture student, 20 years old, joins a team of 10 people who participate in XLAB-Juiz de Fora, a group that came about through the game X Journey. The most recent mission was the Institute Padre João Emílio court renovation.
“It was a huge mission. We were able to gather 50 people and collect furniture, toys, school material. We knocked from store to store at the neighboring mall, asking for some things. The result was amazing.”
“They didn’t just paint a court. They returned “a Mondrian” to the students. Wasn’t it amazing?”, asked Edgard, showing during Inhotim talk, what young people from Minas Gerais did. 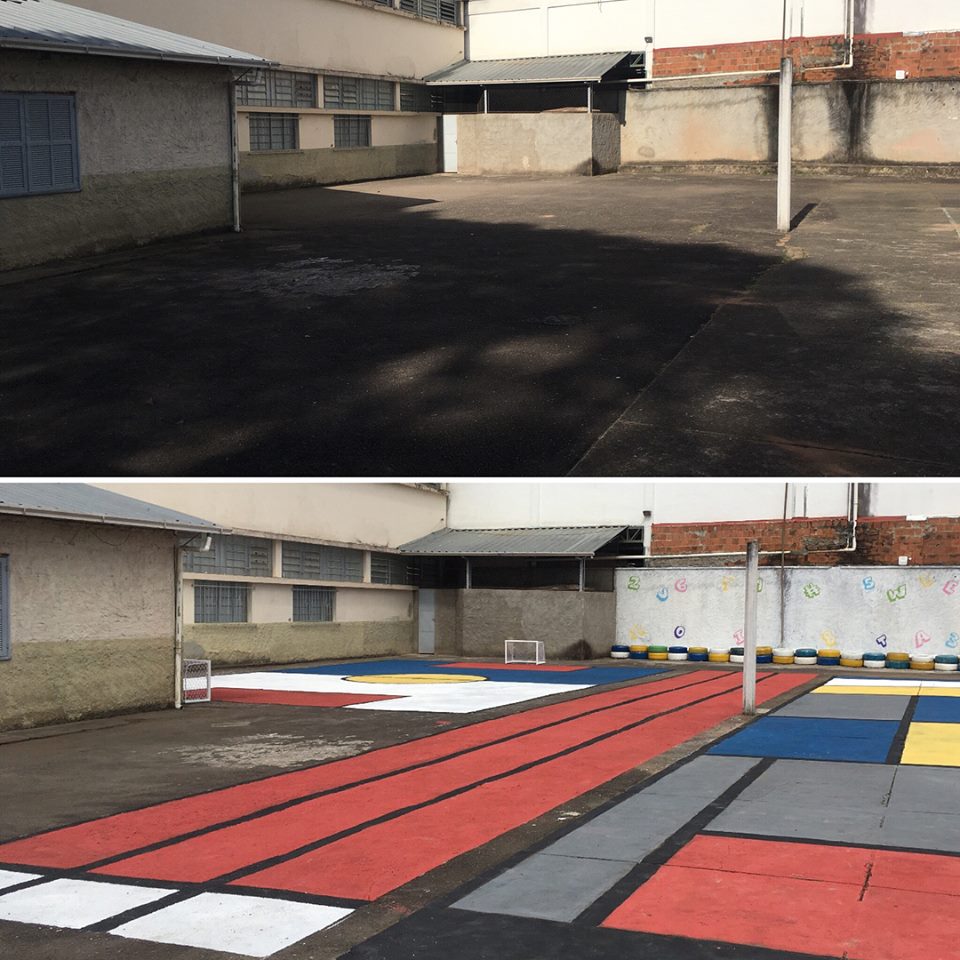 What is Edgard’s most ambitious plan, the architect who dreams of changing the world playing? Saving the Amazon in three years. Difficult? Not for him:
“The days of being a superhero by myself are over. If everybody wants to, nobody in that neighborhood will be abused and no child will starve. If some people mobilize themselves, we will preserve and protect the forest and the world”.